When you think of a good tango festival, it includes good teachers, DJs, and dancers.  When you think of a good tango marathon, beside the dancers and DJs, the next big thing would be having good food and resting space being available. Connect brings it all to the table.  Not only are there some wonderful teachers, fun DJs, some amazingly talented dancers, but the recreation and resting space is filled with amazing delicacies pretty much non stop.

Looking for the Gallery?

Something I’ve heard through the grapevine is that a few different festivals have started to take a page out of what Connect has done in the past. From a well stocked and easy access food bar, to an open resting/massage area, to a photo slideshow available and playing, and even an opt-in full brunch/dinner. Did connect do these things first? I’m not exactly sure, but I’ve heard from other festivals it has actually brought ideas to the rest of the festival world.

Yes, I help put together the Connect Tango festival for the past few years, but much has started before I even joined. It only gets better from here. There are’t many spaces we can choose from to put together the festival, and what we have really is some of the best we have available, especially with what is planned each year. There is another venue for the late night with a better floor, but there is really no space to rest, no place for food, no real seating, and worse parking. Since we strive to offer a much more comfortable space in all those regards. 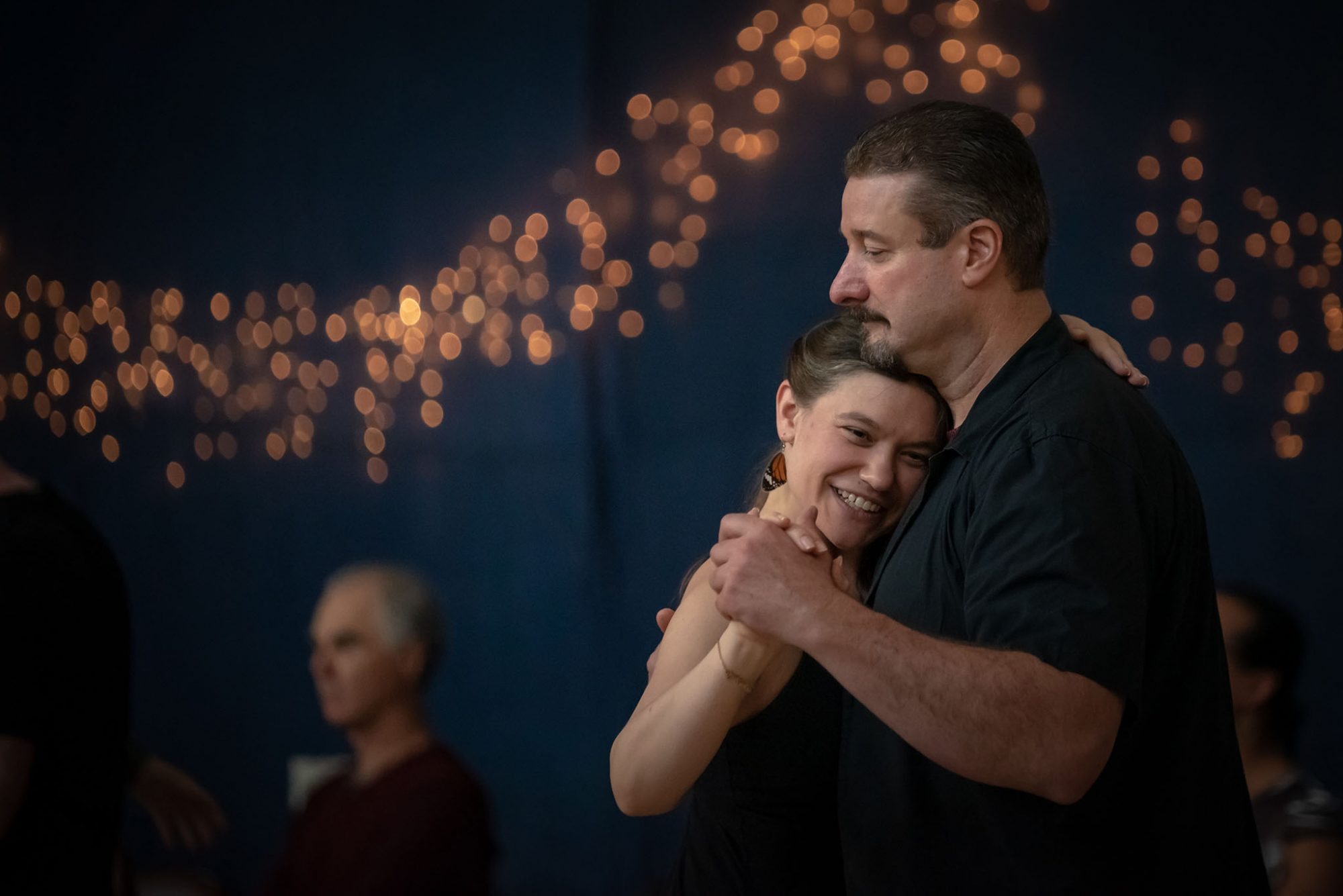 The main venue also isn’t ideal, but when you see the transformation from what it actually is, and how much decoration and details go into the transformation, you’d be in awe. Some space are just perfect on their own from what I’ve experienced, and going on a different night really has the same feel as the festival, so for taking the spaces we have, and making it feel so much more is fun. We keep changing things up from previous years and indeed work on feedback from those attending. It also doesn’t help that the space get’s remodeled a little bit differently every year!

The big appeal of Connect is indeed making the space much more intimate and inviting to everyone. It is a constant change and feedback is needed for it to improve. A full coat/shoe room that is much more secure than before, better spacing for vendors, a completely different take on the food at the main venue, and a full brunch and hot food at the all-nighter! All this while still keeping the costs low! 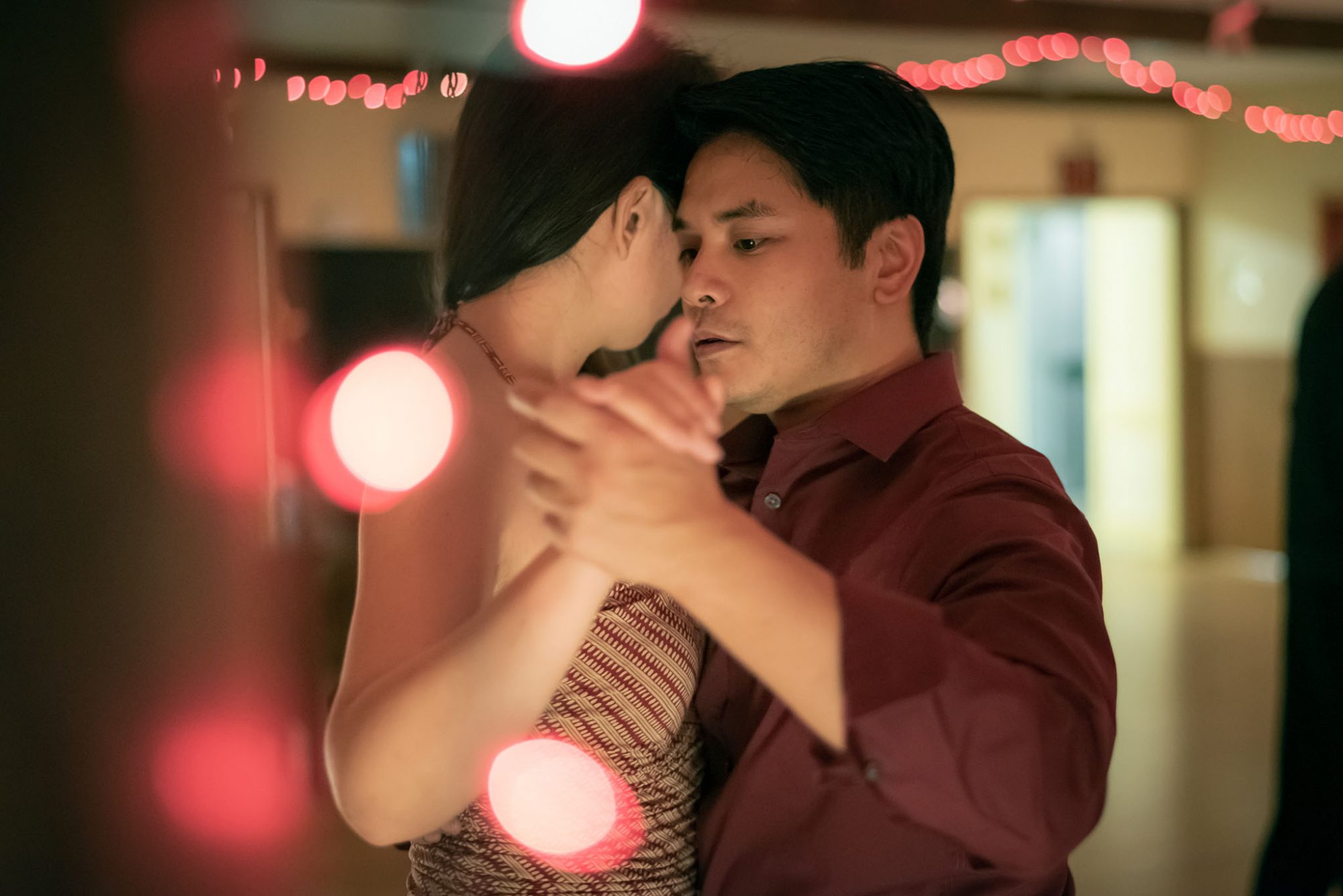 If the space was bigger, there would be even more happening with it. The spaces are constantly changing for the better, I remember there was a room for privates which was rarely used, the food was out in front with a toast bar and a basic coat rack, a storage room for whatever purposes, and it’s all changed. With the room arrangements, it also allowed access to a TV right with the food and relaxation area. You might wonder why this even matters, and who would want a TV going during the festival?

The TV might indeed seem weird, and understandable, but it was there on the wall. It could have been left off the whole time, but why not use it? Yes it was used, but what for? Not a live camera of the dance floor, although it does sound like a fun idea. The TV was used for a slideshow of pictures. The pictures were of the dancers from the previous milonga. That’s right, the milonga prior, not from last year, but from that same day, fully edited and culled through to remove any unflattering photos. Did I get any breaks to dance? Yes, I do indeed dance and photograph at festivals I attend! Did I get to join people for meals/breaks and socialize? No… I had something quick and went home and got to work on photos to get the next slideshow going. What did people think of the slideshows? From what I was told, it was an amazing hit!

Where does it go from here?

Festivals on a whole can only do so much, and really without more hours in the day, better venues (and more space) magically appearing, it’ll just have to improve with what it can. Will there be live music? Possibly in the future. Are morning Yoga, and connection based classes still going to be a major focus? Yes indeed. Hopefully I can attend both of them this next year, instead of sleeping/editing photos.

I do constantly see little things each year we can improve upon. The floor entrance and exit can always use work, but I think the tables this year were miles ahead from the previous years, like majorly improved and allowed better breathing space/entrances for dancers. The temperature in the venues always fluctuates, mostly depending on how many are there at any given point. The food and what goes into I’m sure is going to get better. How? I have no idea, but I’m sure it will! 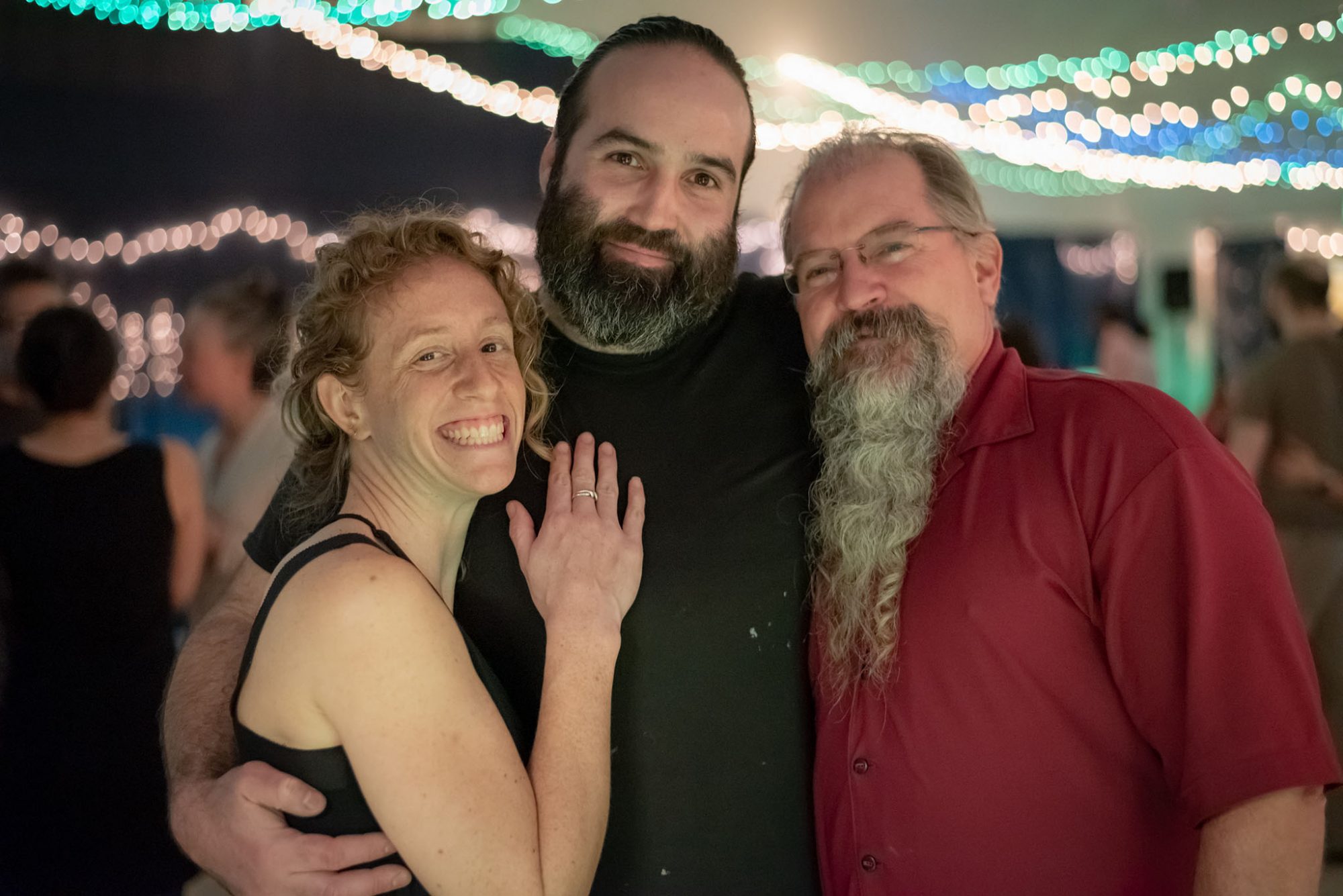 Even though I help out as much as I can, the planning is really done by another group. I’m more of the muscle when it comes to setting things up, not so much with the organizing, even though the threat has been there for me to take over… at least an even more involved role. Don’t know how it’s possible.

Anything else with this festival? I wish I could comment more on the classes this year, and the yoga, but I didn’t attend either, instead I was working on photos and other stuff behind the scenes. The people I knew were awesome as always, and the new people I met were super nice. I never dance as much as I want, and there are a lot of people I’ve known for years who I still haven’t gotten a tanda with (ever)! I do know there was one person who was asked to leave because of complaints. I didn’t see what happened, but from what I heard, was a good thing, and happened very promptly! So you know the organizers and people there will take any issues seriously and will get fixed, be it another attendee, or anything at all.

You’ll see me behind the camera, and hopefully on the dance floor more this next year, in 2019!