Being in Buenos Aires for months I wanted to check out what Tango is like in Montevideo! History talks about Tango being a shared existence and developed in both Buenos Aires and in Montevideo, but most places across the globe call it Argentine Tango. So how much Tango is in Montevideo? Where can you find Tango in Montevideo? Is Tango different in Montevideo? These were some of the questions I asked myself before taking the Ferry across, and I didn’t prepare before my trip with any answers.

Montevideo is a wonderful city, and there are some big difference in the people, tempo, schedules, and other aspects of life which is a big change from Buenos Aires.  Walking from the bus station the 20 blocks to the AirBnB I was staying was very pleasant and I was even asked for directions. There was more sunlight through the buildings as they aren’t quite so packed, the drivers were more orderly, and you could hear so uch chatter between people on the streets.

Just walking those first 20 blocks, the city felt more alive and emotional. Walking in Buenos Aires I rarely overheard anyone chatting on the street, friends laughing, people just smiling with a kick in their step. Montevideo had all of that, it felt like there was emotion on the streets which I never thought about until I arrived that Buenos Aires was lacking it. Being noticed within an hour of arriving, and the following days walking around, seeing what the city has in a short period of time struck something in me.  Exactly what, I’m still discovering, but it made me smile just being there much more than anywhere else up to that point.

Meeting my host, who had friends who danced, showed me around a bit, and was super friendly also kept this warm feeling up that I got from the whole city.  Could tell travelers, especially for tango is ever rarer than I originally thought. Conversations could be had much easier, but with my limited Spanish, was difficult, but I found many people approaching me and speaking in English. 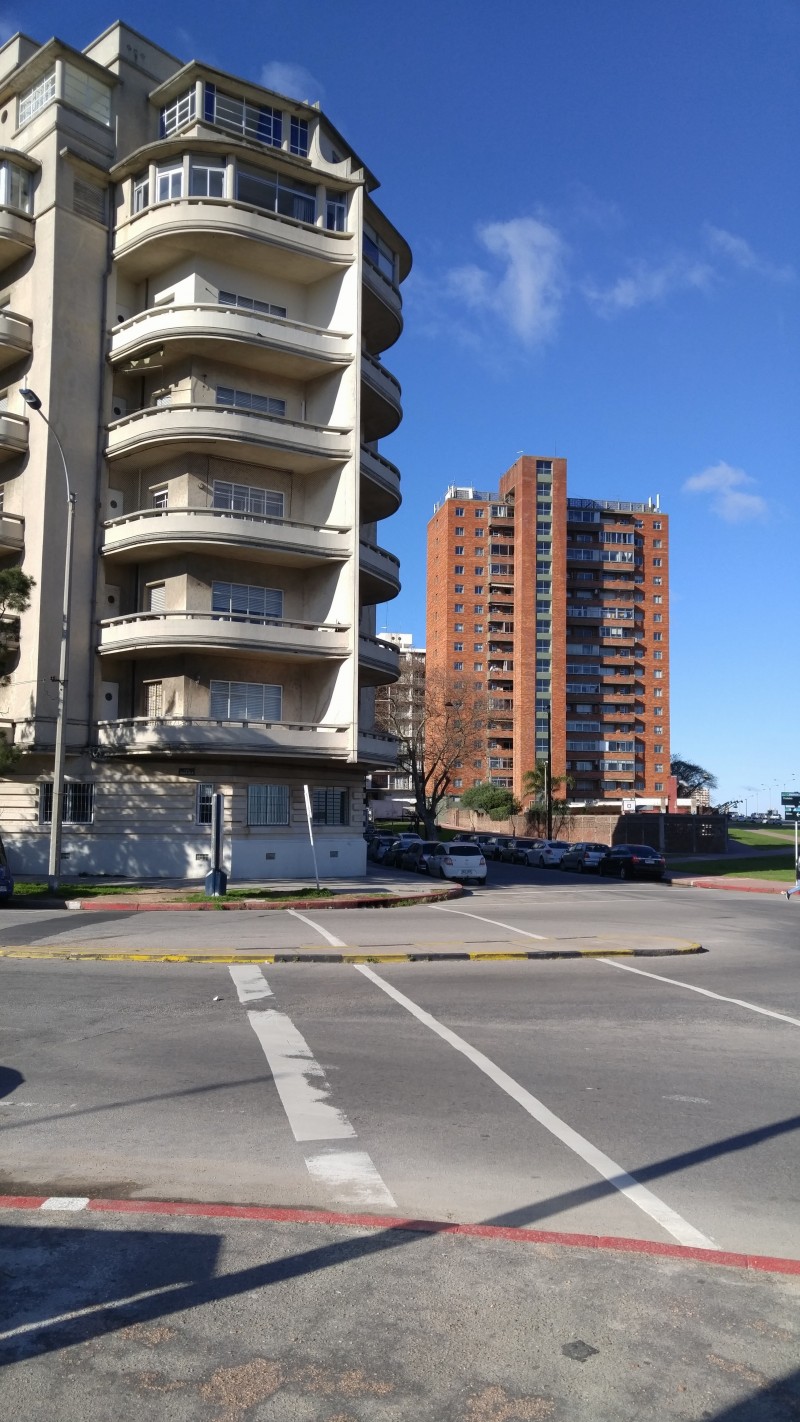 The first thing that was noticed on my end was how difficult it was actually to find Milongas in Montevideo.  Going from using Hoy-Milonga in Buenos Aires, Montevideo took more effort and research. Luckily the AirBnB host had a friend who gave a suggestion, but some the Milongas unfortunately weren’t happening at the time. I was VERY fortunate that the main place for dancing was no more than 2 blocks away.  Yes that close, and yes I would call this the main place to dance Tango in Montevideo, as they have tango event 4 to 5 nights a week, while everything else is about once a week.

Joven Tango (facebook) is the main place to be, with Milongas 4 nights a week, and looks to be something Tango wise every day. Food and wine service is available during Milonga hours and a restaurant in the same building to eat at beforehand or during the day.  The decor, people, music, and the friendliness from before are all present at the Milongas.

Pleasantly surprised at the venue and there was the feeling of being in a small community when you enter.  Smaller than many places in Buenos Aires, but the room easily able to accommodate a hundred people somehow. Being welcomed with open arms, offered a seat, having conversations, chatting with the DJ, it felt like a big family and I was the new member. The room had soul, which is something you forget is a thing in the United States or at some places in Buenos Aires as there are obviously clicks of people.

The Ronda and overall skill I found to be inferior to Buenos Aires, but you could see people having fun and smiling, chatting, joking, and just having a good time.  You don’t get that type of atmosphere to this extent even in Buenos Aires where it is still a social gathering.

The levels of dancers also was refreshing to see, as there were new dancers on the floor at a Milonga which was a rare sight, and there was maybe a handful of advanced dancers, which I felt were at the level I was at when visiting. I found myself getting asked to be danced with very frequently, and don’t remember a single time I regretted or was disappointed with a dance, because everything was fun, even when there was a skill difference.

An unfortunate thing with where I was and the time of year, many Milongas were not happening.  I was suggested to attend a few Milongas, but due to weather and arranged strikes, they were almost all cancelled. Being here for only two weeks was my fault, I took a while getting used to the schedule of life, and just bad luck on timing everything.  Towards the end of the stay was when I was given Facebook contacts of people and invited to some local events, but they all were scheduled after I departed. If I’m looking for a more relaxed atmosphere and smoe tango while visiting, Montevideo would be my choice for those two reasons.

The Rest of Montevideo

Now, I’m not saying Montevideo is the best place to be, there were indeed some oddities.  If you do have a chance, I’d suggest going for a few weeks if you’re on a long journey, a couple days at least and not just do a day trip. Hearing stories how many people don’t like the city surprised me, or that they had a bad time. There is not as much to do compared to Buenos Aires, but there is plenty to see to keep you busy, but if you go, I’d say you go to slow down for a rest compared to Buenos Aires.

So what are some of the obtuse things I found comparing things to Argentina life? The everyday schedule is completely different. Restaurants are closed around 9PM, while they don’t even get busy until 10PM across the river. Mate is even bigger from the looks of it, and you can use credit cards easily in Uruguay while I had to deal almost completely in cash before. Food is more expensive, and there is almost no Dulce de Leche or Malbecs (all wine was in much shorter supply). The exchange rate was double what Argentina was, and price were pretty much on par. Shopping and everyday life seemed much more relaxed and stores were very friendly.

The main plaza and parks and areas most tourists you’ll be interested in are also very well maintained, much better maintained. What surprised me was just two blocks away from the main places, you can see completely run down buildings. It was like I stepped into a completely different city.  This was a big contrast to Buenos Aires where I felt I could walk the whole city and felt everything was pretty standard.  There were streets I would not want to walk down in Montevideo, even during the day, which is unfortunate as I’m sure they were fine, but the feeling compared to where I was few the past few months was so different. While if you go just a few blocks back to the main streets, it looks amazing, so you could tell where the government put their money.

All in all, the visit was wonderful, I wish I was there for a different two week period, or was there for longer to really see more of what the city and Tango has to offer me in Montevideo. I wish I had time to go to the beaches in the summer, as I’ve seen pictures and they look amazing, but that will have to be the next trip.