Something that happens before pretty much every Milonga in Buenos Aires is there is a class, sometimes two. These classes are usually pretty basic and even can go over some sequences. The quality of these classes can really vary greatly depending on who is teaching and the venue. But there are quite a few similar themes you’ll find, and you’ll also notice, usually the lack of the teachings on the Milonga floor for anything in the intermediate or advanced class. SO what is the deal with the classes before the Milongas?

Who are they for?

I’ve noticed in all the beginner classes I’ve been to, the Pre-Milonga classes are for those who are getting a quick crash course for the night who mostly haven’t danced Tango before. They go over such basic concepts, and usually expect you to not know anything, or just taken other pre-milonga classes. If you have a good teacher in these classes, they can easily adapt a little personal attention if you understand the concepts, but I’ve found most are on auto pilot or are not that experienced in teaching. This doesn’t hold true everywhere, but I’ve found myself not going to these classes after the first few weeks in Buenos Aires. Your time and money would be better spent on group classes with a teacher over a pre-milonga class in my experience. Still check them out, I’ve met some nice people that way, and was invited to a nice groups outings and even invited to classes outside of the Milonga. I however found myself more skilled than the teacher sometimes, but do feel they we all improving together as a group… felt like a community practica and peer lessons more than a proper class.

The Intermediate classes usually include a huge step up form the previous class, but almost always starting out with some more basic drills to work on. I’ve actually found the drills really helpful and something I’d want to practice on my own, but once they go from the drill to the practice with the group, the skill levels vary wildly. There were some skills I couldn’t easily do but would have loved to get more practice with and build up over a multiple class setting, but is rushed for the pre-milonga class. Due to the skill levels, I was paired a lot with those who were usually well below the skill of what is being taught. The few times I had a partner that was skilled enough to actually work on the move and learn together with, those were wonderful moments but not enough time to get very far, and then the next rotation I was usually teaching more than working myself. If you have someone you’re with, I can see these classes being way better, but due to flying solo, just didn’t seem worth the time and money, I’d rather order a bottle of wine and watch, or have some empanadas, dinner, or similar and go to the Milonga afterwards.

The times I went to the classes, the music was almost never right for the movement that was being taught. I remember a Vals class was teaching what I would consider a Milonga move and just didn’t flow. The Vals music being played didn’t actually have quite the right beat to let the combination work. 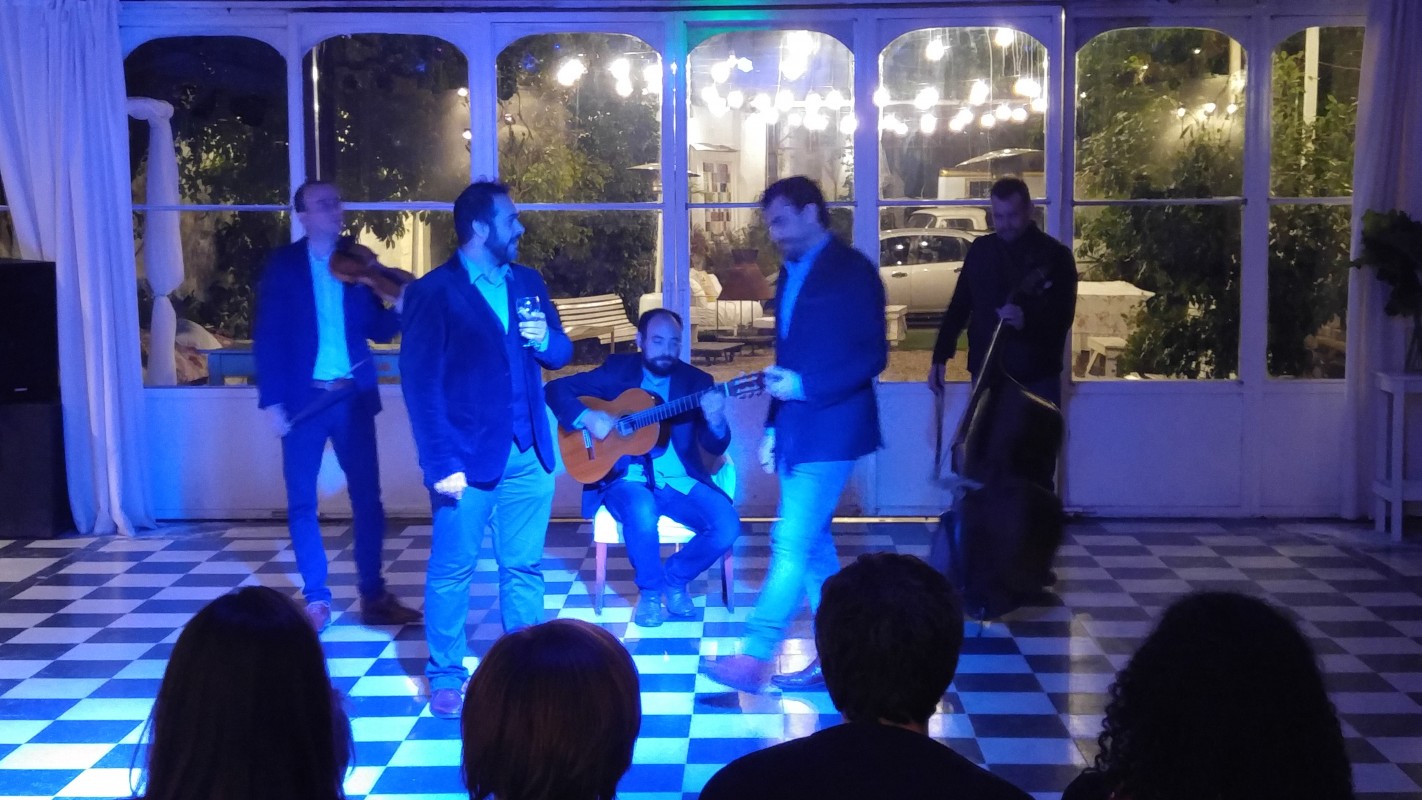 Same thing has happened in the beginner classes I did attend, the music was more melodic and made you want to move differently than the basics that were the focus. Being told to stick to the class when I actually had another experienced dancer to dance with while the music made you want to dance was painful. I could think of a dozen other songs to play that would have encouraged the lesson, but the music most of the time didn’t. Teachers are not Djs most of the time, and with so many teachers, it became very evident, but it was their class.

How to Improve it

This is all opinion on improving the Pre-Milonga class, this isn’t about a normal class or series of classes, but specifically about the Pre-Milonga class. For a Pre-Milonga class, really I think the focus should be getting people to move and dance in a Tango fashion. Instructing the Ronda, the basic beats, how to connect, and how to direct and accompany the intention. So many classes focus so much on posture at these Pre-Milonga classes, or all the nitty gritty that you take the energy out of the purpose people are mostly there for. You can assist the posture and such on a more personal level as you go around the room during exercises, but you need to let people learn and move, dance, and have fun in these classes. 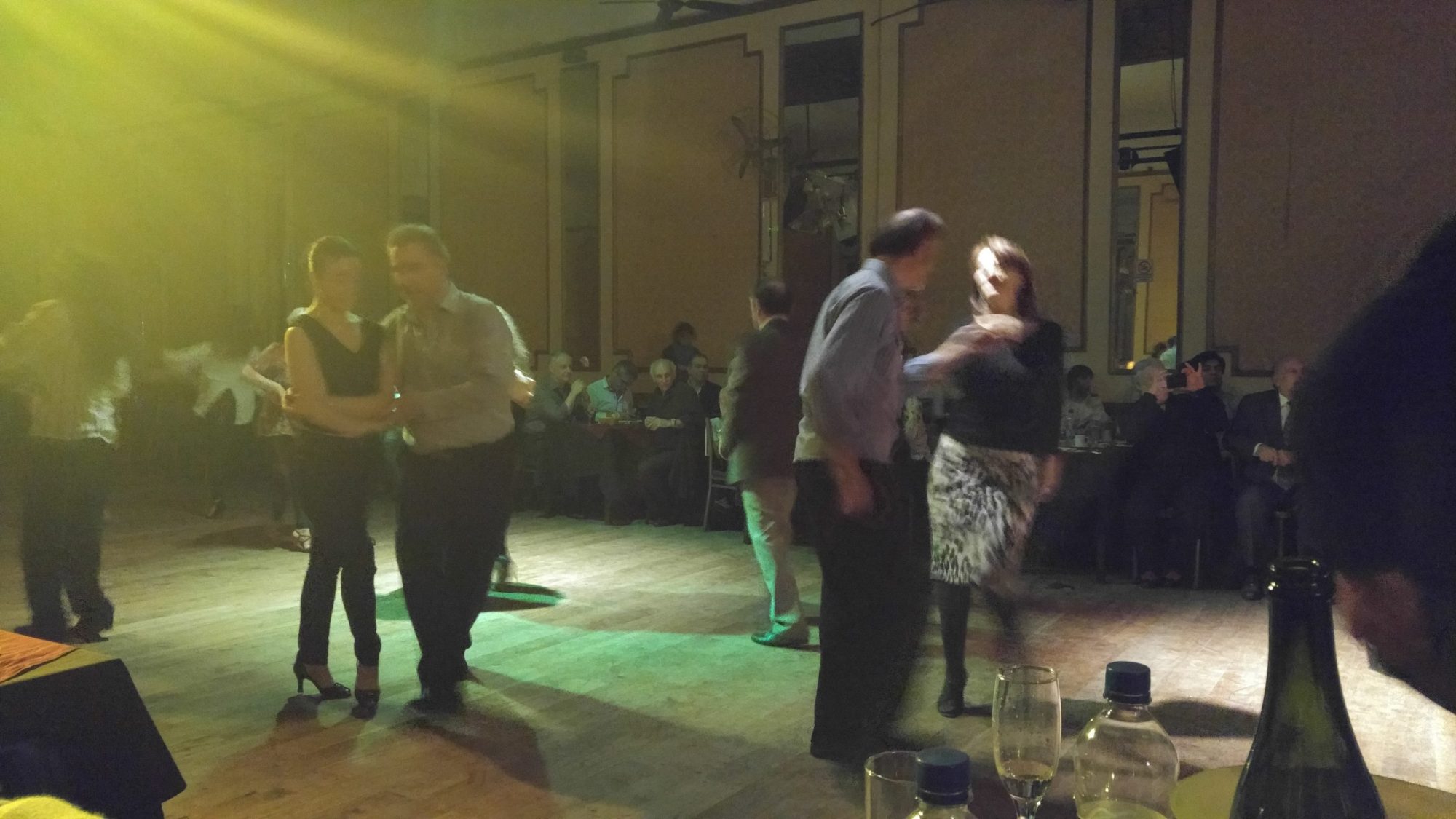 This also holds true for intermediate classes, you need to allow people to dance and keep their energy. As soon as you’re so strict, you cause people to tense up. There have only been one good intermediate class I went to where I loved how it was taught, and that was Salon Canning.

Not every time at Salon Canning was it done nicely, but well above the rest. They had good drills, and actually had those that needed to practice the first part of the drill keep working on it on the outside, while they helped move forward on the inside group of people but still checking in with those that were working on the first part. Moving people between them and let the lesson flow. It wasn’t perfect, but they knew what they were doing, and weren’t so focused on the sequence.

Where intermediate classes get stuck, is they do teach sequences though… no beginner classes talks about the Yiro, and the intermediate class almost always expects you to know that and the cross easily. For a pre-Milonga class, unless you can work multiple groups and keep things broken down and stay at certain steps for those that need it like I mentioned above, I’ve never understood why you’re being taught sequences. This is still a Pre-Milonga single class, not a series, a sequence wont help you on a dance floor, because you’ll only get stuck if things don’t go right. Also the fact that most who stay for the intermediate class will most likely not be at that skill level.

So what do you teach? You should be working on the main parts of any “sequence”, which should be ochos and simple step combinations you can do from them, and also the cross. You don’t need anymore than 4 steps, if that, and encouraging in different directions. A simple sidestep into a back ocho and the many ways you can go from there, are you doing a side step with the back ocho with a foot change, are you putting a sacada in there as well, going from one Yiro into another, part of one, the fact you can do a Parada, all require no more than two steps to get into. You should teach these skills, and not something someone should memorize. If someone knows the skill enough, challenge them to work on a Sacada in the middle, working on the opposite side, or something to bump it up to their level. Working through a 10 step sequence makes people not at a proper intermediate level or know the basics who come up from the first class (which you want to encourage) just get overwhelmed and face failure too quickly.  Embracing people and having them dance and finding the steps that work should be where you go.

These are just my ramblings and opinions of what I’ve seen which I’ve liked and found discouraging.  What are your opinions?